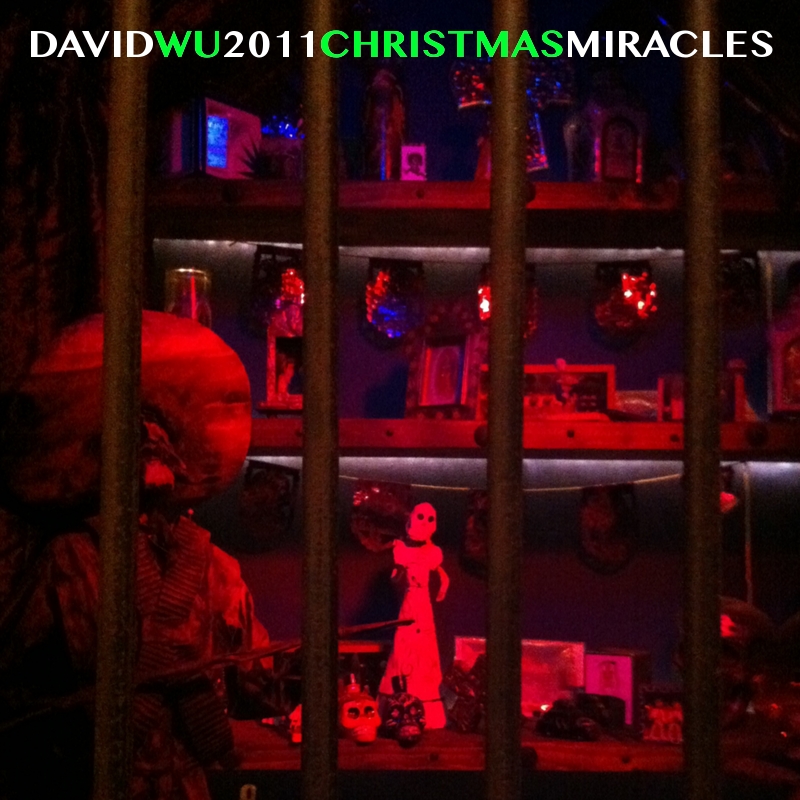 When I began my Christmas/holiday album series back in 2008, the goal was simply to include some Christmas tunes and then a “rarity” track or two – a “gift” album to help supplement my regular material.  This 2011 edition breaks from that formula, providing a full album: 4 holiday tracks and 6 covers, and also a medley performed with my cousin Tim on cello two years earlier at a wedding.

Why did I decide to make this a full-sized album?  Thinking back 10 years later, I don’t quite remember.  Whatever the case, this hodge-podge of songs somehow works as a holiday album, and it does contain some interesting material.

The cover photo was taken in West Seattle outside the Mission Bar.